Today I came home from the Flea Market, my arms heavy with bags of fresh organic fruits and veggies, and although taking the time to wash everything and put it away was the last thing I wanted to do, it had to be done. It took me about an hour to clean and package everything up...so worth it! (picture was taken after cleaning)

The pictures above are less than 1/2 of the fruits and veggies we'll eat for the week, as a matter of fact the zucchini flowers and 1/2 of the eggplant is already gone, and there was originally twice as many figs that never made it home! Here's a list of what I bought;

In additon to all of this food I'll need at least 2-3 heads of cabbage, plenty of carrots, broccoli, mushrooms, onions (green too), squash, bell pepper, garlic, parsley, and probably more spinach, at least!

I wash all of my greens at one time. I fill an extra large bowl with cold water and then seperate the leaves from the stems, I throw away the spinach stems, but wash and cook the beet and kale stems, and submerge the leaves in the water and then lift them out into a large colander to wait for the second washing. I take the gritty/ dirty water out to my garden and water my container plants...it's a drag (literally) carrying the dang large bowl, but sometimes I just hate wasting good water! I wash them a second time...let them sit in a colander while I do other things...and then scatter them on a large, towel lined sheet pan to dry a little before I wrap them up in that same towel and put in a plastic bag, then the fridge. Greens will last for a week if you prep them this way! So it's convenient to get in the habit of buying and washing all at once.

It's also worth mentioning that you can "save" wilty greens by prepping them this way, and bring them back to life.

I hadn't bought beets in months, with so many other foods available they just never made the "cut", but the bunches had huge greens attached and I couldn't resist. Last year I made a raw beet and carrot salad w/ginger dressing, so I'll have to make that again. I also remember coming across an apple vinegrette salad dressing recipe, so I'll probably roast 2 of the beets and make an apple/beet/fennel salad, just a thought, (that means I'll have to pick up a bulb of fennel!). Some of the beet greens will make it into the first salad and the rest will be sauteed.

I've been addicted to grapes, same as last year, but I only bought a couple of melons at the beginning of the season. I haven't had any peaches, or nectarines, and only a few plums. There is so much ripe and ready fruits!!!! Figs just made their second showing and at 2$ a basket I just can't resist. Thank God I don't bake anymore, or a fig galette would be in the oven right now!

I've been re-inspired lately to expand my food experience, so hopefully more pictures and recipe ideas to come.

Life is good.......fresh fruits and vegetables are life!
Posted by Tracy Reifkind at 6:34 PM

OMG! Fresh figs... yum! Good on the grill with prosciutto...

I thought about grilling them when I did the zuc flowers and eggplant, but I had alresdy eaten a basket (or more!) earlier....but maybe tomorrow with the plums (on the grill). I'll pick up some prosciutto and/or a special cheese, and eat them mid day, I love fruit and cheese.

Fresh organic fruits and veggies just taste so much better too. Much easier to eat healthy when the food actually tastes good.

Today is a food shopping day. Once again Tracy, you inspire!

I sure you already know that our bodies absorb more nutrients, and more easily from organics.

There's 2 fig trees in our orchard. Can't beat freshly picked figs. There's also lemons (yuck), grapefruit, oranges, mandarins and a couple of varieties of apples. And tomatoes, zucchini, carrots and beets from the garden. And recently there were grapes. You should plant an orchard and garden. It would be perfect for you.

Looks so yummy! I never saw a zuc flower before. Interesting how different parts of the country have different varieties. I think I will make some gazpacho, my tomatoes are coming ripe. Look forward to your recipes!

One of these days I will have a garden that I can harvest, but I didn't get a talent for gardening.

Zuccini flowers are traditionaly stuffed with cheese and fried! But I just toss them with EVOO, S&P, and grill, or throw them into a squash saute.

A gardening friend adds 1 tbl. of brown sugar with their squash saute.

I do the same thing with the veggies, clean them all at once. I came up with a homemade version of FIT - vinegar, lemon juice, a little baking soda, a couple drops of olive oil, a half a drop of bleach (keeps the mixture clean while it's sitting around) and water. I spray all the vegetables with it then rinse them thoroughly; it seems to clean off wax and the glue from labels pretty well.

Thanks for sharing that. The bleach is scary, even though I realize it's only 1/2 drop! 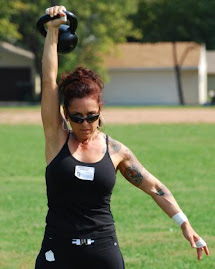